“A girl whose face is crushed down by an old lady”

- A story of an old lady who becomes a butterfly

By using a mask-puppet, we show a dream of an old woman who wants to return to her youth.

An Actor who moves like a puppet, a puppeteer who operates a actor-puppet, the relationship between actor and mask-puppet will make the work a magic.

In one lovely day, the old woman falls asleep on the bench. In her dream, a young girl, herself in eighteen, comes out from her body. The old woman doesn’t want to let her go away. The harder the old woman catch her youth, the deeper her desperation becomes. Coming back to reality, the old waman realizes that her youth has gone.

And she begins to accept her oldness and her death. 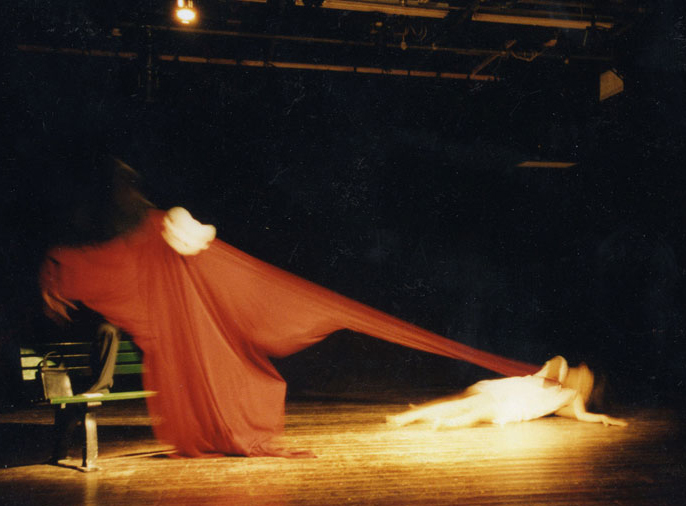 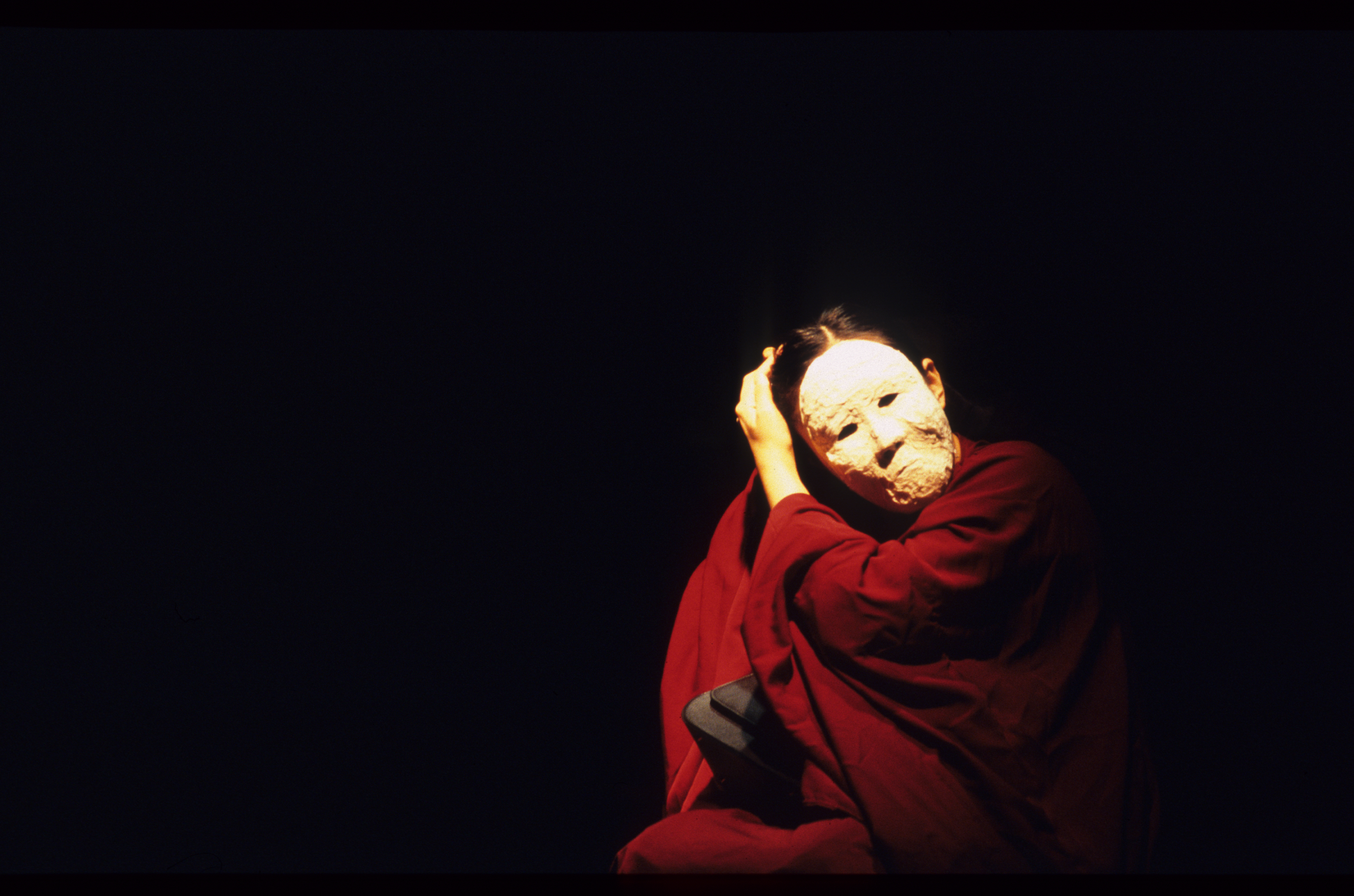 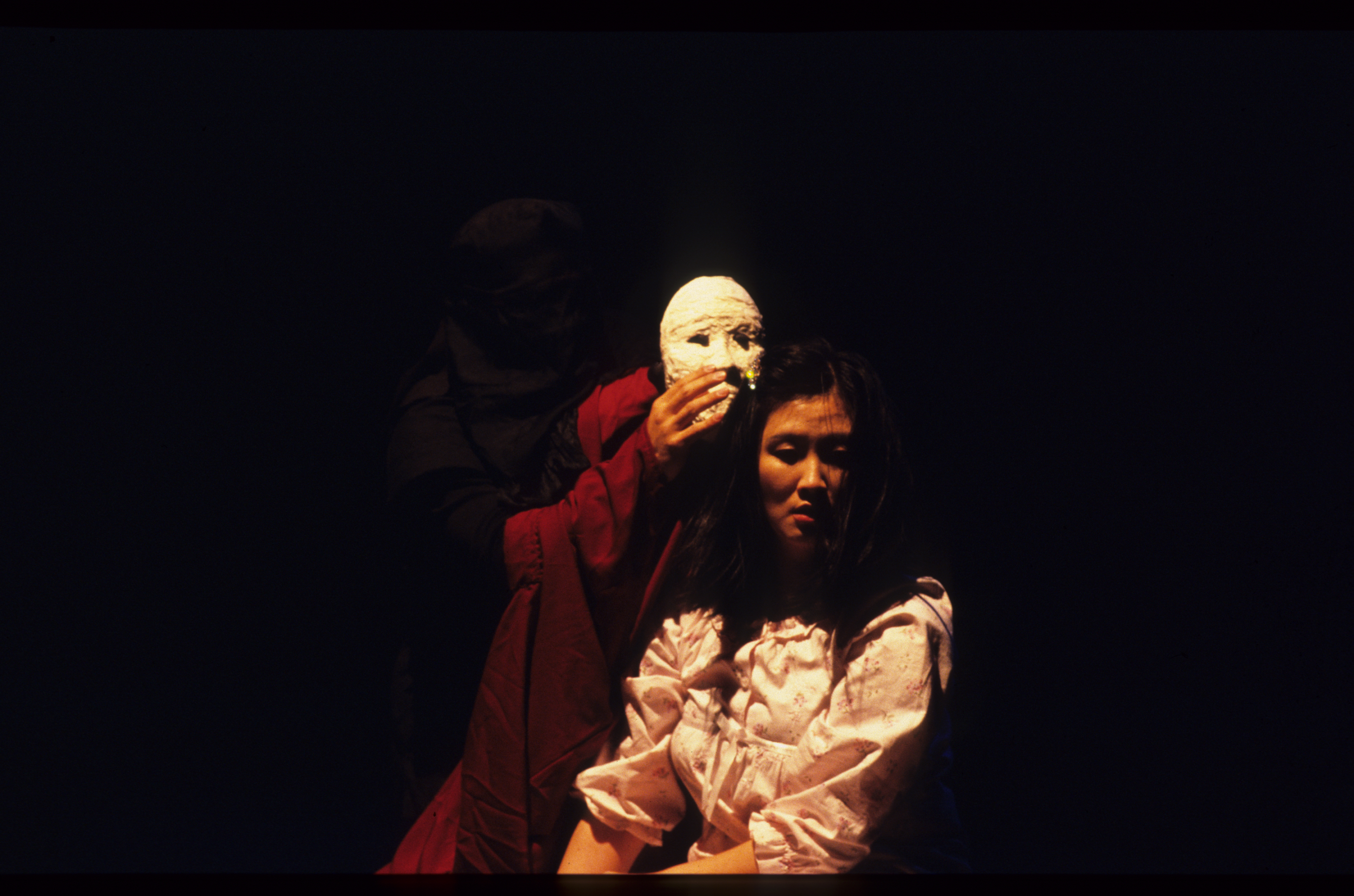 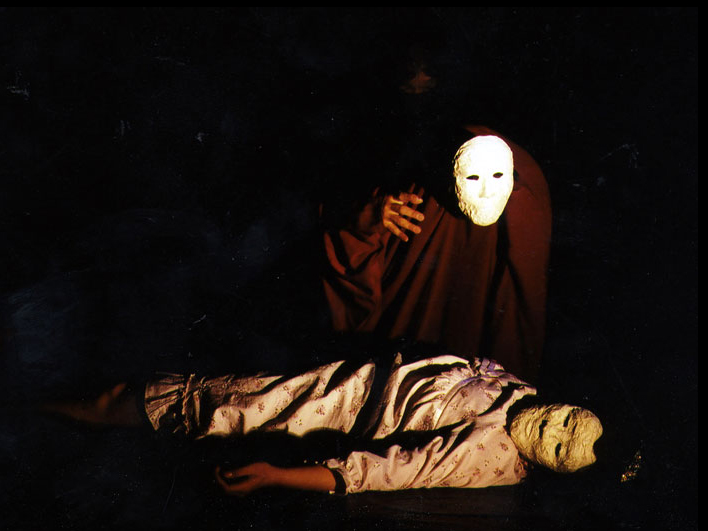